Check the availability and price for the requested period of stay

Houses in Puerto de la Laja: The old mining village of Puerto de la Laja banks of the Guadiana river, declared of cultural interest by the Andalusian in the category of Historic Site is located in the heart of Lower Guadiana in one place privileged river of great natural beauty with a deafening silence. It has a spectacular pier - Pier mineral of great importance as industrial heritage.

The mining village was founded with the construction of the pier in 1858 to dispose of the mineral extracted from the mines of Herrerias, La Isabel, Cabeza de Pasto and Santa Catalina. Human settlement is characterized by rows of simple dwellings of a plant arranged in parallel rows, it is a type called "cuarteladas". Facilities, housing and the line now converted railway track are good examples of the important mining activity has had for more than a century until 1964.
From the Puerto de la Laja out the Greenway Guadiana Under the old route of the mining railway station to the old Glen Sardon 17 kilometers. Conversely, along the shore upstream, runs the river trail to Pomarao (Portugal) Twin of Puerto de la Laja (Spain) Portuguese village although it is advisable to walk to the old barracks Canaveral Civil Guard three kilometers .
The Guadiana river is navigable from antiquity to Mértola, many sailboats trace their waters are sailors who have been around the world and eventually end up saturating in its banks thanks to the numerous jetties berthing there and especially captivated by the beauty the river and its banks. The river is life and one of the great attractions of the place, in it you can practice all kinds of water sports such as rowing, canoeing, sailing, etc.
Now, with the new terrestrial communication, Portugal is five kilometers from Puerto de la Laja. Pomarão, twin village of Puerto de la Laja, opens the way for a whole region to discover the "Baixo Alentejo" with its golden plains, the land of the great writer nobel prize for literature José Saramago and "alentejano song" recently declared heritage humanity. A large waterfront extension in southeastern Baixo Alentejo is protected by the do Guadiana Natural Park.
The lower stretch of the Guadiana river, administrative border between Spain and Portugal is one of best preserved natural estuaries of the Iberian Peninsula. In its waters there is a significant wealth of fish including the European sturgeon, Saramugo (jarabugo) and other fish endemism. The fauna and flora are also important highlighting species like the osprey, eagle owl, black stork, heron and otters.
Today, on the banks of the Guadiana river of high ecological and landscape value are river beaches for swimming and beach bars, where in summer evenings can listen to musicians playing rwhile enjoying its rich cuisine.
In the Lower Guadiana basically four cuisines converge: the seaworthy kitchens Onubense Algarve coast and the Andévalo and Alentejana based dishes from hunting, extensive cattle of the region, their home gardens. Also noteworthy is the collection Turmas (white truffle) and gurumelos (Amanita ponderosa) in Andevalo and Portuguese Raya who bring a wealth of gastronomy. 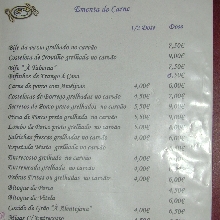 22/10/2016
Among the handcrafted products Valdelarco must stress the serrano ham, chorizo space between the pork, and other delicacies of the Iberian pig.

21/10/2016
Among the handcrafted delicacies Valdelarco we must mention the delicious goat cheese, which made some families.Suggest our pepper jam to accompany it with good bread.

01/07/2014
In middlerntseville.com always find the owners on hand to meet their needs for recruitment of additional services or to communicate any issues during your stay.